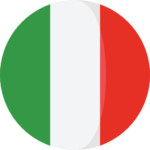 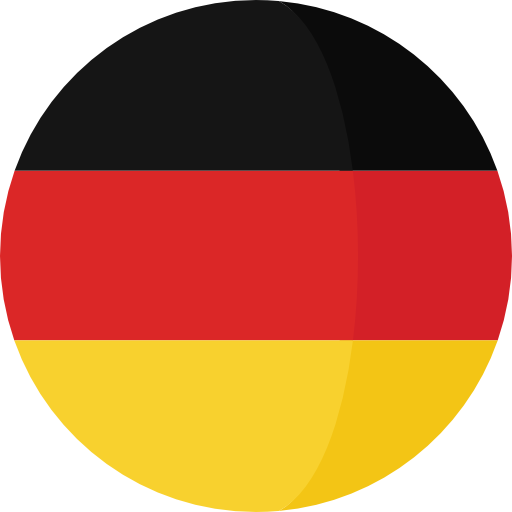 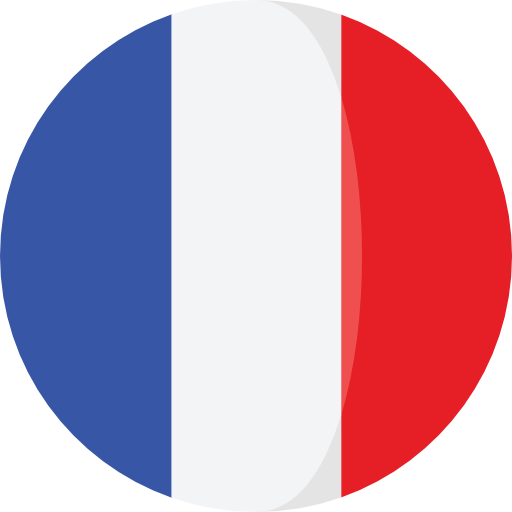 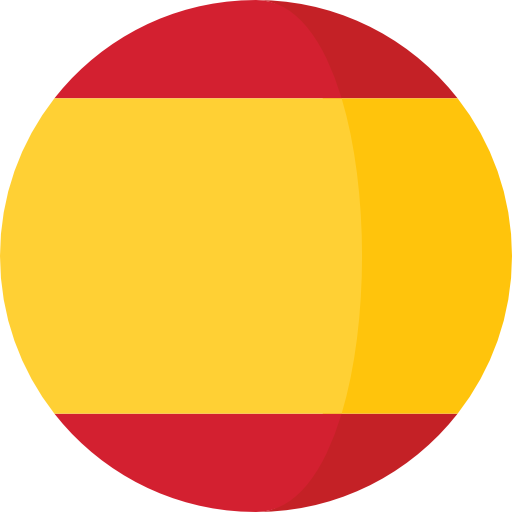 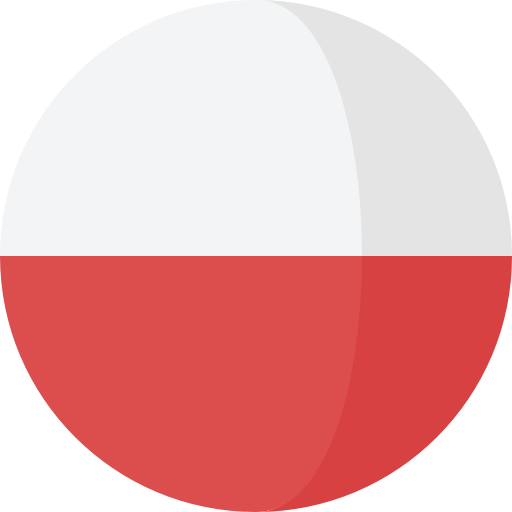 There are 2 packs, each consisting of 15 animals. Each animal moves in different directions and a specific number of squares depending on its abilities. The direction and number of squares permitted for each move depends on whether the animal starts from a land or a water square. Hit animals are imprisoned and removed from the board. The aim is to take the animals in your pack from the den squares to the enemy hunting squares, achieving a point. The first pack to score 5 points or to imprison all the enemy animals wins.

Each pack consists of 15 ANIMALS, 13 of which are the same. Both packs have two unique animals: a lion and gazzelle in the red pack and a tiger and giraffe in the blue pack. Each animal occupies a square on the board and none of them can occupy a square that already contains another animal. The lion and tiger can acquire armor during the game.

The winner of the game and therefore the TAWA HALLAE is the first pack to achieve one of the two objectives:

If the animals are all blocked and no further move can be made by either pack, the one with the most points wins. If the packs are tied on points, the pack that has marked the last HUNT wins.

Target squares: where you cannot stand

An animal that arrives in an enemy hunting square (the gold squares) scores one point for its pack (except for the turtle which scores two points). It restarts from a free square in its den (a yellow or blue square), positioned facing any direction of travel. An animal that has scored a point and returned to a den square cannot move again in the same turn.

When an animal reaches a hunting square it is important to update the score squares.

Hunting squares may not be occupied by any animal.

Animals move in one direction of travel. An animal can move in one or more directions depending on its abilities. The triangle at the base of the token indicates the forward direction, which determines all the other directions.

Animals can only move the number of squares permitted by their skills. This changes depending on whether the starting square is land or water.

If an animal moves to a square occupied by an enemy animal, the latter is hit and is considered to be imprisoned. The imprisoned animal is removed from the board.

After hitting an enemy animal, the attacking animal returns to the starting square of the attack. This type of attack can only be used when attacking one of the following:

The animal is imprisoned and removed from the board.

The armored lion/tiger and the turtle can only be hit, they are NOT removed from the board.

In the movement examples, the starting token is the one with a white or yellow outline.

Setting up the game

When setting up the game, each player positions the animals in their pack on one side of the board, establishing their den, defense area, hunting and prison squares. The armored lion and tiger (see page 19) are not placed on the board initially, but are set aside. Players take turns to position 3 animals however they prefer from their own PACK on their own DEN squares (yellow and blue squares) and to set their direction of travel. The den square in the second row can only be occupied if the front square in the first row is occupied. The second player to position the animals in their pack plays the first turn.

In every turn each player must make two moves with two different animals. These can be:

With a movement move, an animal can:

During a game turn, you can do:

The animals always move according to their direction and movement ability, which changes depending on whether they start on a land or a water square. If, during their move, they encounter other animals in front of them and they do not have the Jump ability, they must stop in the square before the enemy animal or alternatively they can imprison it by occupying the square. There are two exceptions to this rule: runner animals and the two cases in which a ‘spring attack’ is permitted.

All animals can imprison and be imprisoned, except for the turtle.

Special abilities: The left or right L move can only be made in the forward direction across 3 or 4 squares.

Image key: The images show which squares the token – starting in the square with a white outline – can move to based on the direction and movement abilities of the lion and tiger. This note also applies to the example images for animals in the following pages.

Special abilities: Left or right L move across 3 or 4 squares.

Special abilities: it can hit and therefore IMPRISON runner animals, including from the front.

During their move, they can imprison more than one enemy animal. They only have to stop if the imprisoned enemy animal is itself a destroyer. In the defense area they can only hit an enemy animal.

Special abilities: it can jump over animals along its direction of travel.

In the bottom image the gorilla can both jump over and imprison an enemy animal.

Special abilities: it can jump over animals along its direction of travel.

It CANNOT IMPRISON any animal and it CANNOT be IMPRISONED.

If hit, it returns to a free square in its den.

It cannot be hit when it is in its player’s defense area and in the den squares.

It is immune to the enemy spider web.

If it frees other animals, it does not stay in prison.

If it reaches the hunting squares, it scores a double point.

A spider web is created in the 8 squares around the spider. No enemy animal can stop on these squares. The spider web does not affect the animals in its pack because they are immune.

If the spider, during its move, makes an enemy animal fall into its spider web then, this animal is in danger. If it does not move away from the squares covered by the spider web in the next turn, then it is imprisoned (except for the turtle, which is immune).

If an enemy animal enters a square covered by the spider web, then it is automatically imprisoned and the spider does not have to spend a move in the next turn (except for the turtle, which is immune).

The spider cannot enter the water and cannot weave its web in these squares, so the spider web has no effect in the water area.

When it moves 7-8 squares, it cannot:

The crocodile (like all aquatic animals) cannot leave the water squares, so it cannot imprison the cheetah, let alone jump over it, even if the cheetah is in its direction of travel.

In the water squares

All animals that start from water squares move according to their water movement ability, even if they end up on a land square.

When an animal starts from a land square, it must stop in the first water square (blue or white) as soon as it enters the water, even if its movement ability would normally permit it to go further (this rule also applies to the kangaroo and the vulture with the long move).

Aquatic animals that start from land squares can use their land movement ability without any restrictions, even if they enter
water squares.

Animals must stop in the first square when they enter the water, even if their movement ability would normally allow them to jump over the whole body of water and reach another land square.

Animals can only be freed in the first move of the turn because this action counts as 2 moves.

When an animal enters the enemy Prison Square, it can free a maximum of 5 imprisoned animals, which then reenter the game.

The player chooses which animals to set free. The rescuer animal must stay in prison even if the number of liberated animals is less than 5 (except for the turtle, which never stays in prison and is not counted as one of the 5).

Freed animals are positioned on their den squares (yellow or blue squares) in the first or second row – whichever the player prefers – according to the set up rules.

After their release, the enemy pack is allowed 3 moves or a double move with the same animal. In the latter case, with the second move IT IS FORBIDDEN to release animals from the prison, to mark a hunt, to imprison enemy animals and to enter the defense area.

Prison squares cannot be occupied by any animal.

In the defense area

Animals cannot stop in a square of its player’s defense area (red squares). The only exception is for special animals: a maximum of one at a time can stop in this area. Special animals within their player’s area can use all their abilities.

After entering, an attacking animal must always stop in the first entry square, even if it would normally have the option to
move further.

An attacking animal in the enemy defense area can only move one square at a time in the direction of travel permitted by its ability. The only exception is if the animal’s abilities allow it to imprison a special animal positioned inside the defense area.

The defending animal, with the spring attack, can only enter its player’s defense area using all its skills if it will definitely hit the attacking animal located inside with that move.

After imprisoning the enemy animal, it must immediately return to its starting square because it is not permitted to stop in the
defense area; once back in the starting square, it can change its direction of travel.

If there is a special animal inside the area, no other defending animal can enter and hit with a spring attack.

The special animal that hits the enemy animal inside its player’s defense area must stay in the square occupied by the
attacking animal.

After entering the enemy defense area, the attacking animal can also leave.

An attacking animal starting from a land or a water square cannot cross the squares of the enemy defense area, even if its abilities would normally permit this. It must always stop in the first entry square.

The defending animal, if its skills allow it, if it starts from the land squares can cross all the squares in its player’s defense area.

When the lion and tiger reach the HUNTING squares, they not only score a point, but also ACQUIRE ARMOR. The token is replaced.

The armor makes them immune to the first hit. If hit by an enemy animal, they are not imprisoned, but lose their armor. The token must be changed and the piece remains in the same square.

The enemy animal hits with a spring attack and immediately returns to the starting square of its attack.

In the same turn THE LION and THE TIGER can lose their armor in the first move and be imprisoned in the second move only if hit by two different enemy animals.

Armor can be acquired and lost multiple times during the game.